The following information comes from ‘Smilga’ (4 March 2011), who remembers having done these things in school twenty years ago; as far as he knows, the practice continues in Russian schools today (this is confirmed by a note quoted below): 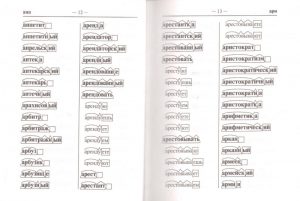 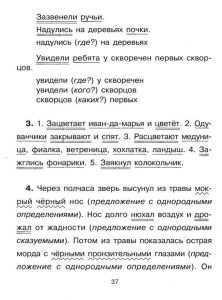 Indeed, that kind of analysis is done on a day-to-day basis in the classroom, but it’s not entirely typical of exams. Those techniques of dissecting words and sentences were supposed to help us learn the rules, they were not necessary in and of themselves. The tables bring back many memories! Haha. I remember our textbook having whole chapters dedicated to the suffix “ova” or the prefix “pre/pri”, for instance. What the person writing the article [above] forgot to mention, however, is that there were ways of marking more complicated structures – we were taught to put vertical lines around clauses containing independent structures, and in some difficult cases there were crosses drawn above noun-verb pairs, as well as the arrows mentioned.